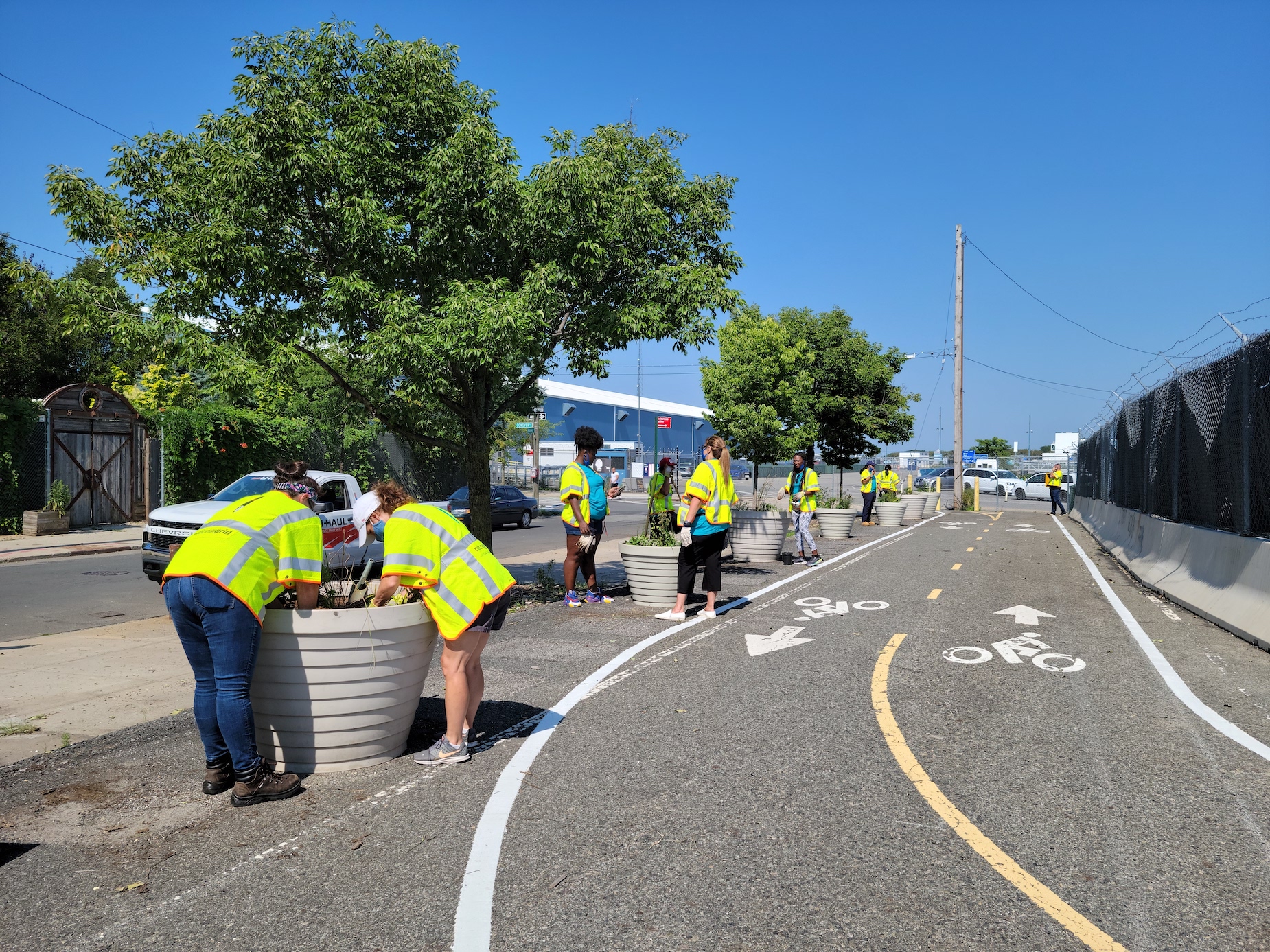 In 2015, BGI launched the country’s first municipal Adopt-a-Greenway program. Several sections of the route have now been adopted and BGI maintains these sites in partnership with non-profit community service providers, corporate volunteer programs, and  local residents.

In 2008, BGI and RPA developed a preliminary Plan for Stewardship and Maintenance, which addressed the various long-term requirements of the Brooklyn Waterfront Greenway. Since no single city agency is responsible for maintaining the route, BGI is committed to filling these gaps.

In 2012, NYC DOT finalized its Implementation Plan for the Brooklyn Waterfront Greenway, but now BGI must build the capacity to maintain the Greenway by raising tens of millions of dollars in additional capital funding from Federal, State and City sources.

As new Greenway segments are implemented, BGI will adopt each of them and secure co-sponsors to fund ongoing maintenance.