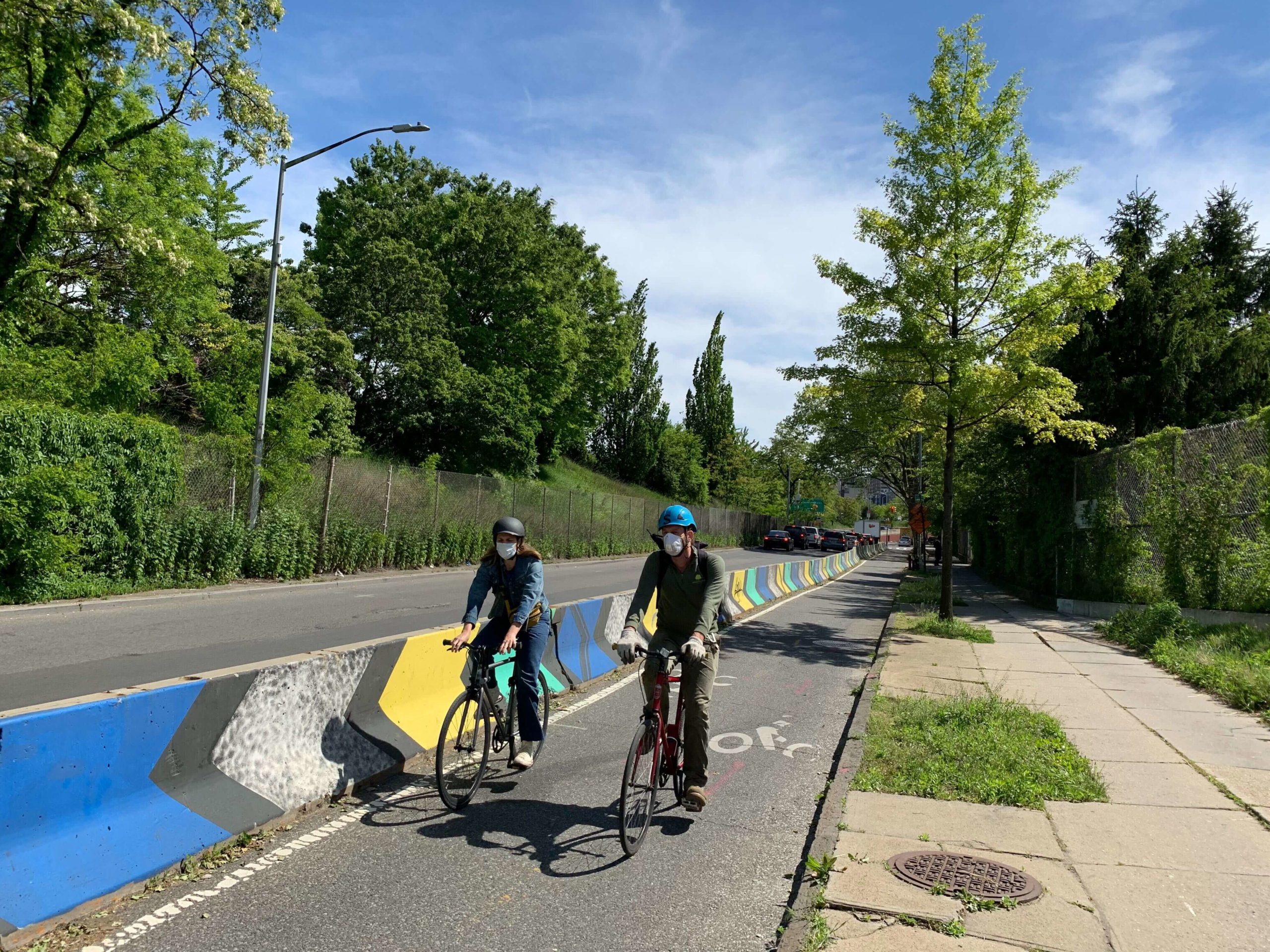 New York City has a 400-mile network of greenways on paper. About 300 miles of greenways run through every part of the city. But today, they rarely connect to each other, older segments require upgrades, and new parts of the network are still too few and far between. Connecting disparate, isolated greenways will create a citywide open space and transportation network that will be essential infrastructure for an equitable and sustainable future.

In this moment of increased attention to the vital importance of equitable infrastructure, climate action, and economic recovery, dozens of greenway-aligned groups from across the city came together as the NYC Greenways Coalition to catalyze increased investment and political will toward completion of a 5-Borough greenway system that serves all New Yorkers and connects with regional networks like the 750-mile Empire State Trail, 175-mile Long Island Greenway, and 3,000-mile East Coast Greenway.

Affordable mobility: Fully separated routes for bicycles and small electric vehicles will allow many more people to use these options for commuting, errands, and social visits. And effective transit-to-bike connections can multiply the utility of transit investments tremendously, replicating the door to door efficiency of many urban car trips while replacing personal or for-hire vehicle use.

Public health: During the pandemic, New Yorkers have taken to greenways, bike lanes, bridge walkways and low-traffic streets like never before for outdoor exercise, fresh air, and to get around their neighborhood or borough. Allowing New Yorkers of all ages and abilities to stay or get active is a healthy development that we should encourage and build on.

Jobs: An ambitious greenway effort in New York City would represent a cornerstone of a Green New Deal program to put New Yorkers to work. The East Coast Greenway Alliance estimates that 17,000 jobs are directly created for each $1 billion invested in greenways, and that greenway development supports more jobs than comparable spending on highways.

Resilience: Greenways help New York City resilience. When Hurricane Sandy shut down the subways in 2012, bike use of the Williamsburg Bridge more than doubled. During the COVID-19 pandemic, user counts on the Brooklyn Waterfront Greenway quadrupled, even in the absence of traditional office commutes or any tourism. 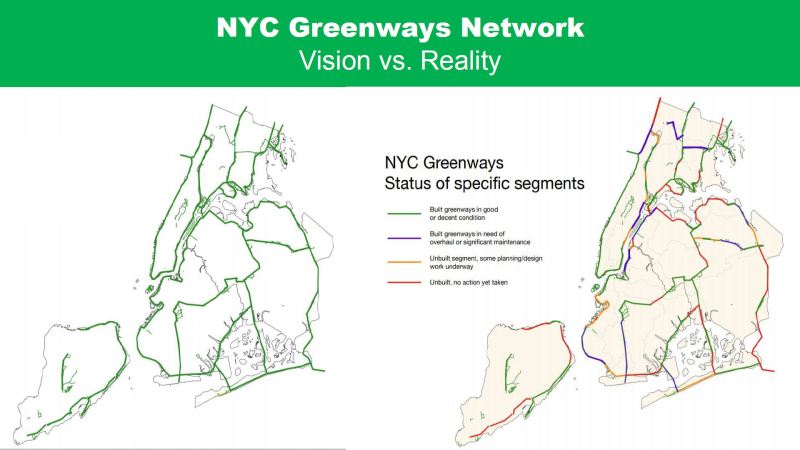 Voice your organization’s support for #Greenways4NYC by signing on here: